7 Lessons to Crush Your Next Running Goal

As individuals that are committed to a healthy active lifestyle we often strive for perfection and are too hard on ourselves when we fail to measure up to high standards.

As we enter the holiday season and the new year, setting goals comes to the mind of many.

However, challenges, obstacles and excuses can often derail the best intentions. With the right mindset and an action plan you can overcome these. 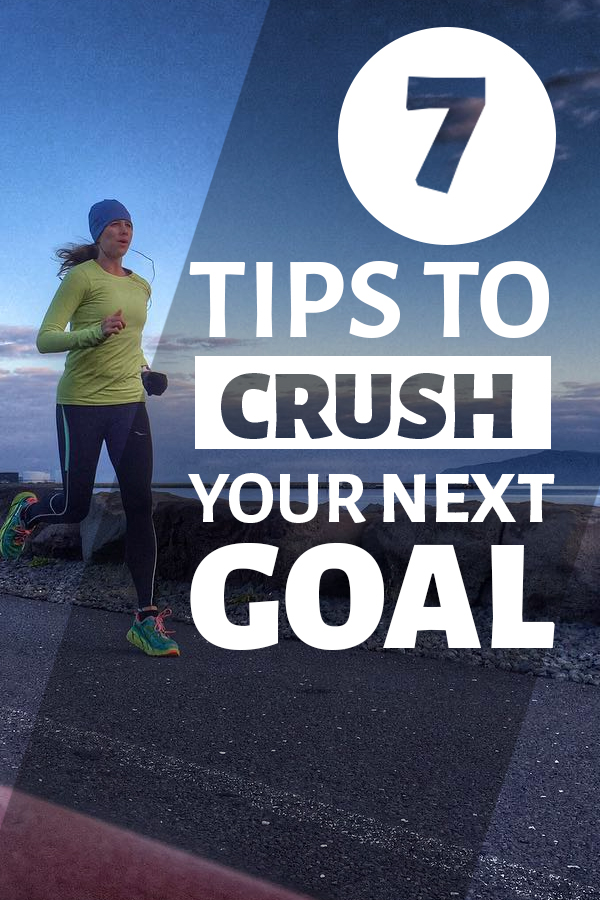 Let’s just come out and say it. Training outdoors in the winter can be miserable, but the thought of spending time inside the gym can be equally defeating.

As much as you might detest this time of year – remember it’s only temporary.

Think back to prior winters and when Spring arrived thinking, “I wish I started training sooner?”

Avoid the negative thinking of how you would prefer things to be and make the best of what they are. Laugh at completely ridiculous conditions and circumstances. In other words, Embrace The Suck.

By doing so, you’ll not only get the benefit of getting out there, you’ll also add these experiences to draw upon later when you are at a tough moment in your training or a race. If nothing else, think of all of those that aren’t.

Author Matt Fitzgerald running with IronCowboy during one of his 50 Ironmans in 50 days.

#2 Target an Area of Difficulty

Think about an area of your current training that you detest or something that might be seemingly standing in the way of a goal.

Perhaps you’ve repeatedly suffered running injuries and you know you should be strength training, but never seem to find the time or are too tired after a workout. Maybe you want to complete your first triathlon but fear the swim portion.

We all have something we avoid or even fear that can hold us back.

It can be easy to avoid what’s hard when you’re actively training for an event and instead focus on what you must do. Winter is the off-season for many of us and presents a perfect time to tackle one of these challenges head on.

Implement something new into your routine that you can benefit from. Learn new strength exercises. Take swimming lessons. Find out the best cross training for distance runners.

Whatever your nemesis may be, having a defined period of time to take it on will allow for dedicated focus and an end point. The winter months are enough time to eliminate a fear or build a new habit that you can carry into the rest of the year.

#3 The Power of Imperfect Action

So often our intentions are in the right place. We want to take action, but we then enter an information gathering stage that we mistake for actually making progress. Have you ever found yourself reading every article you could about something and felt good afterwards for doing so?

While you should do your homework and understand what you are getting into, just getting out and actually making progress – imperfect as it may be – is better than waiting for things to be perfect to get started.

In January 2012, Eric Hunley found himself at 283 pounds and finally decided enough was enough and to take up running again. Eric could have waited until conditions were perfect in the Spring to get started. He could have spent days or weeks looking for the right training plan or program to follow.

Instead, Eric just got out there and took action – any action at all in the right direction.

This began with walking 10,000 steps a day to eventually run/walking. He gradually took control of his life through a series of small victories. First he ran down the block, then 2 blocks, then a mile, then a 5K.

By at first taking imperfect action, he has accomplished in less than 2 years what was not even a thought in his mind the first time he walked 10,000 steps in a day when he crossed the finish line of a marathon in 3:27.

Is something holding you back from getting started? If so, why? Take whatever action you can now and the details will come when you are ready for them. Your experiences will guide you.

#4 Anything is Better than Nothing

Even if you do take imperfect action there will still be times where you wonder “is 20 minutes worth it if that is all you can give that day“. There’s so much emphasis on doing the “right” training vs. just doing something.

When you choose to do anything at all vs. nothing you’re always beating those that are sitting on the couch and making progress, as small as it may seem.

It’s not so much the specific workout you had planned that is important – but maintaining consistency instead. By keeping the habit going you are less likely to fall into a rut or regret coming back to exercise and what you lost after time away.{Amanda says there it is, my favorite word, habit.}

Keep the momentum of taking action on your side, rather than allowing it to work against you.

It doesn’t get easier, you just get stronger. True in running and in life.   A photo posted by Kate Buntenbach (@socalrunnergal) on Oct 20, 2015 at 5:25pm PDT

#5 The Power of Consistency

This period of reduced or no activity can itself be the difference for many in plateauing or continuing to make progress year after year.

Many runners will focus on “building their base” before they start structured training. This typically results in just a few weeks of base building at most for many runners. Worse, some just start training on day 1 of a race training schedule and engage in little to no consistent base running beforehand. Are you one of these runners?

Imagine if you’re thinking of running a fall marathon next year and instead of thinking that it’s 9+ months away and not doing anything specific to prepare, you instead started building a running base consistently. Do you think that would have an impact on your structured training and achieving more than you thought possible?

Leanne is the model of consistency, check her out to get motivated!

It was hot and windy for my 1 hour progression run. That made things challenging but I nailed it!! A photo posted by Runner Leana (@runner_leana) on Jun 10, 2015 at 1:33pm PDT

You bet it will. I know it will. I have seen it in the runners I have worked with and experienced it myself.

Consistency is the most common thread I see as a running coach among those that achieve their running goals and even surprise themselves compared to those that don’t progress as well.

Even a few months of easy, conversational paced running over the winter will pay big dividends come Spring and starting formal training for your next race. You won’t spend half of a training cycle or more trying to get back into shape. You’ll already be in shape. You will be able to focus on getting faster.

You will also be more resilient to injury as your body will have adapted to having been training for a long period of time – rather than adapting as you quickly try to build up mileage once again. Easy, conversational paced running is some of the most effective running you can do to improve your fitness for both running or any other aerobic activity.

It’s so effective, even elite athletes devote 80% of their training to easy efforts in a formal training cycle!

The only thing you need to do is show up – consistently, all year.

Each of us has a set of ingrained beliefs about what we’re capable of doing. Whether through actual experience, or what we’ve been told by others, these beliefs become part of the unconscious mind.

In setting goals, we often allow these beliefs to define the parameters in which we can operate. Many of us choose goals that we are 100% certain are attainable to naturally avoid failure without even realizing we are doing so.

The best athletes know that fear and avoidance of failure is not the path to success. Only by embracing failure not as a shortcoming, but as a learning experience can we achieve the most from ourselves.

Getting out of your comfort zone, avoiding perfection and failing often are the only ways to learn what works and what doesn’t. If you find yourself stagnating and not making the progress you desire understanding your current belief system and what may be holding you back is a great place to start.

By identifying what your current belief system is you can proactively target what you want to change and break through what is holding you back. Often times, it is our own unconscious beliefs.

#7 Create a Series of Smaller Victories

While overcoming the limiting beliefs of your mind is essential to achieving what you’re capable of, setting a high expectation without a path to realistically get there is not the type of failure you want to experience.

You’ll be left feeling defeated without a way forward and in the worst case scenario reinforcing any limiting beliefs you may be trying to overcome. Whether you are looking to achieve a certain weight, tackle a new distance, set a new PR or qualify for the Boston Marathon it all starts with where you are and what is the next step to get to where you want to be.

Using the analogy of a ladder can be a powerful tool to get you to where you want to be. It can be overwhelming when you see a large gap from your current self to your ideal self. Instead of focusing on making a giant leap to where you want to be and risking burnout or injury, focus on “the next rung on the ladder.”

By doing so and then accomplishing the smaller goal you make a measurable accomplishment towards your larger goal. The gap between where you are and where you want to be becomes smaller. Eventually, that big goal that seemed impossible becomes just “the next rung on the ladder.”

By mapping out a path on how to get to where you have clear direction on how you are going to get there but there is more. Each small victory that you achieve along the way as you “climb the ladder” creates a positive feedback loop that can motivate and drive you forward. Success breeds success.

Chances are at least one if not more of these 7 ideas has resonated with you. It’s now up to you to implement and take action.

Get out there and crush it!

Do you have any big hairy goals you’re training for right now?

This article has been modified from what was shared in the 2014 Holiday Sweat Challenge. 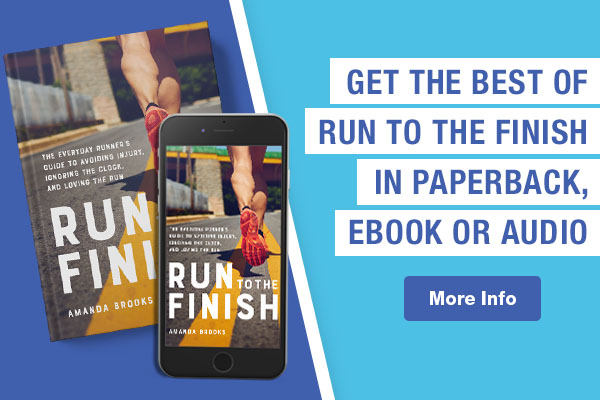 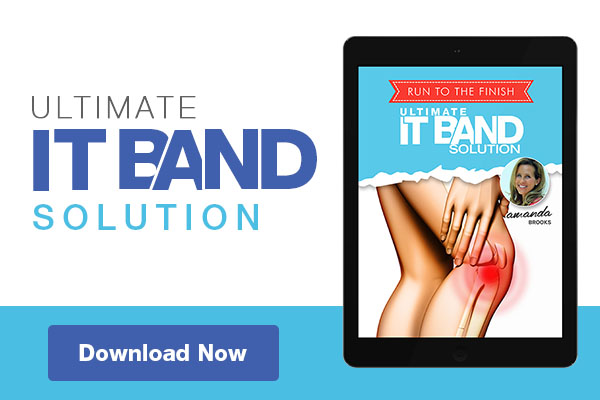