What is it that they do differently?

Besides devoting their entire day to training, recovering and eating…ok well that actually pretty much answers what they do differently.

However, we all know there are things we could be adding to our routine, but we make the excuse about time or maybe it’s just lack of knowledge…hence a new book from our favorite Skecher wearing Boston Marathon winner Meb Keflezighi called Meb for Mortals.

I met him once. He’s nice. He’s short. I felt like a giant person, but that seems to be the case with every elite I’ve met except Ryan Hall.

Anyhow, back to what you really want to know…how can we mere mortals take lessons from what they are doing to improve our own running. 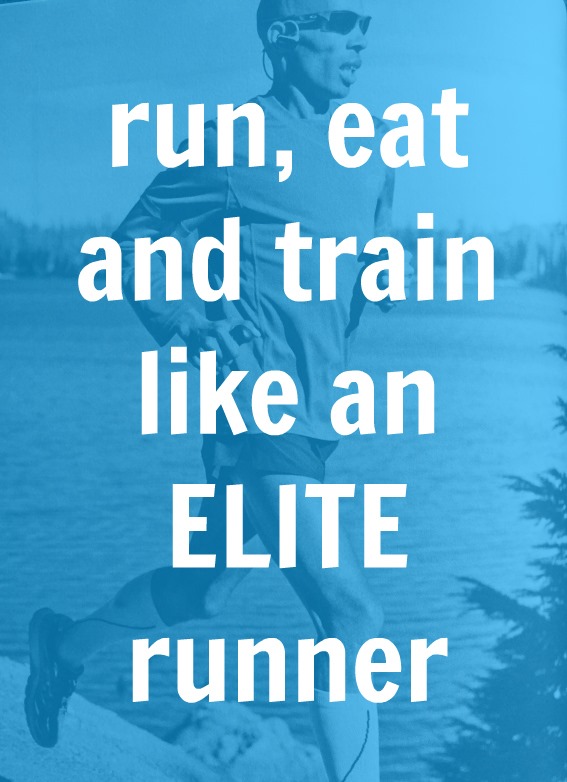 HIGHLIGHTS OF MEB FOR MORTALS

I encourage you to get the book because I just think the more we read about running the more inspired we are to take new actions and keep going. BUT some of you have told me you don’t have time, so here are some of the highlights.

Drills
Meb provides visual examples of a set of speed and strength drills he does 2-3 times every week and says they are one of his biggest keys to eliminating injury. He goes so far as to say it would be worth running 1-2 miles less any given week to put time towards these.

Stretching
He knows not everyone believes in its value, but he has seen the benefits and now stretches repeatedly throughout the day. His most important session for stretching is post run..I was not sold on static stretching before the run.

A few of his stretches gave me some new ideas and I have in fact been using them already. For example this hamstring stretch has you turning your foot and inward and out to get all the different heads of the muscle. 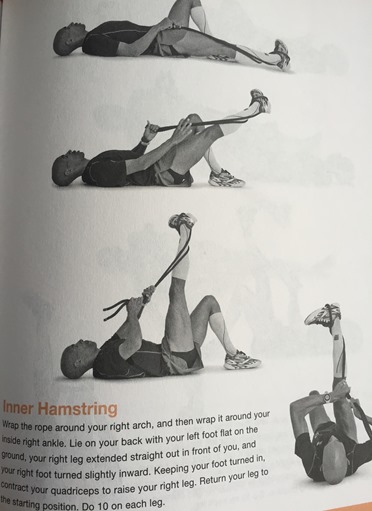 Choices, Not Sacrifices.
Love. Love. Love. In a section about mindset, he gets really clear that when he doesn’t eat dessert or goes to bed early this isn’t a sacrifice, it’s a choice to get closer to his goal. Can you imagine making that one shift in thinking?

“Choice has a connotation of working toward something that’s important to you: “I could do this, but instead I’ll choose a different path that will better enable me to meet my goal.”

Strength Training.
Stay injury free, work on your imbalances with strength training moves that target your whole body. The focus here is not on lifting heavy, but on functional movements that involve using the stability ball and body weight. He devotes nearly 20 pages to images showing all the different moves he does and I’m fairly certain if I took the time they would all benefit me {except balancing on the stability ball on my knees…that’s just asking for a concussion}. 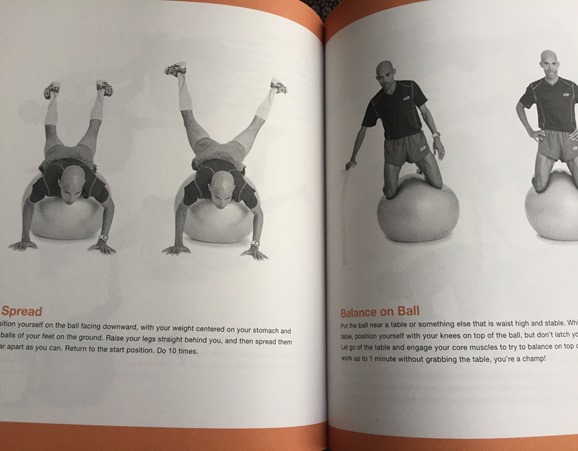 Race Day.
I LOVE that Meb says he is slow to warm up because hello that is me to a T. What surprised me though was the amount of miles he might run prior to a race in order to get warmed up: he ran a 3 mile warm-up before winning the Boston Marathon.

“Racing is like graduation day. It’s the opportunity to put all your hard work toward giving 100 percent, physically and mentally.”

He talks a lot here about poor sleep the night before a race and what to do if that’s you…hint it can be an advantage, so don’t stress out!!

Read more:
Tips for thinking like an elite runner
50 best running books of all time

Were you crying and cheering like I was for Meb in Boston last year?

What other questions do you have for the elites?