31 Fall Smoothie Ideas – Get your greens of the season

During the summer it’s easy to find myself craving a great big green smoothie after a run, but as the temperatures drop well sometimes you begin thinking about soup and big warm bowls of chili instead.

While a big heaping bowl of vegetable soup is amazing, I still believe the smoothie is the most foolproof way to pack a punch with veggies and fruit with very little prep time!

You know I’m an uber fan of the green smoothie and often get requests for the perfect recipe to get started {find that here}, so once you’ve mastered the basic green smoothie, tantalize your taste buds with this round up of amazing fall smoothie ideas.

A perfect treat for after a run, a way to wake up in the morning, a midday snack, or dessert! This recipe round up has it all. And if you’re a little skeptical of blending up and drinking your vegetables, this is the perfect place to start.

I am always looking for more ways to get my daily dosage of fruits and vegetables in, but I’ll admit it can be hard sometimes – especially as the weather starts to turn colder and comforting food sounds appealing. If you’re in the same boat as me, then smoothies are a perfect way to sneak in a few extra handfuls of greens or try out a different fruit you maybe wouldn’t normally reach for. It’s a great treat to look forward to each day.

Not only are these smoothie recipes incredibly mouthwatering and filling, but they are also packed with a lot of nutritional health benefits! From antioxidants and fiber to vitamin-enriched foods and being able to control your blood sugar levels – we’ve got you covered. 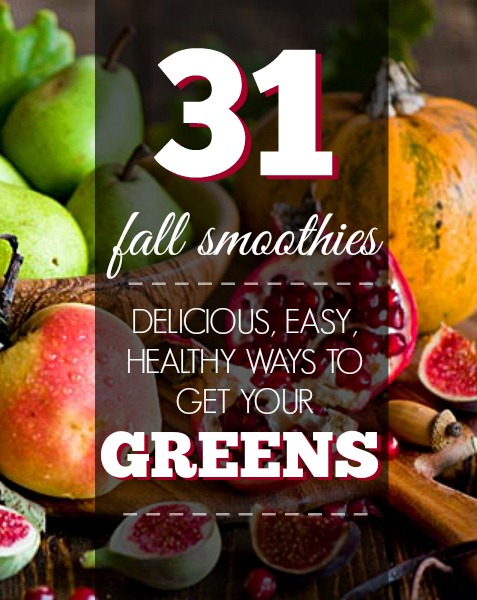 You know an apple a day keeps the doctor away! Well they also make a great base and add a great crisp fresh taste to smoothies. Bonus that apples are in season during fall, so these recipes will leave you thinking all the colorful, Autumn thoughts!

Apples are a great way to control blood sugar levels, may reduce the risk of cancer, hypertension, heart disease and diabetes. So many health benefits in just one bite. 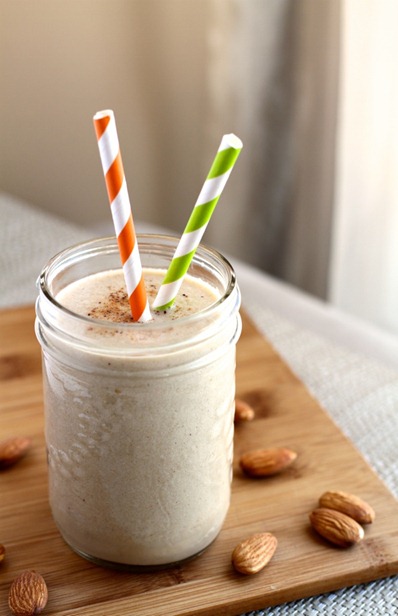 Once upon a time there was a blogger who did not go ga-ga over pumpkin each Fall (woops!). Seriously, a few years ago I thought I might be banned from the whole bloggie world for not falling in love with all things pumpkin so I decided to start trying out a few things and found that I do actually enjoy it!

Pumpkin is high in fiber, antioxidants, potassium and vitamins – so these recipes are not only delicious, but packed with a lot of nutritional value as well. Celebrate fall with all things pumpkin!

So berry good! Skip your normal post-workout banana and try something different this season. You can jump on the cranberry bandwagon before Thanksgiving arrives, get into the acai trend, or get a little crazy with blood oranges and pears!

All these recipes are packed with healthy fruits and vegetables that are great for the digestive system, are full of antioxidants (that help keep your memory sharp!), and most importantly – they taste so good. 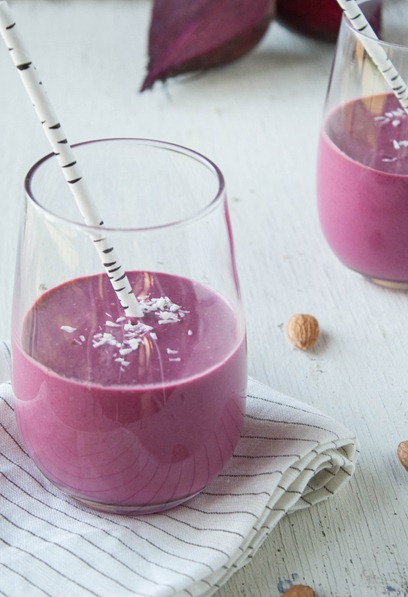 What are the holidays really without dessert! I’ll never pass up on a little something sweet. These healthy dessert smoothies will give you a few ideas to indulge while still packing in some serious nutrition. Don’t let the names fool you these really are healthy!

These recipes cover everything from carrot cake to peach cobbler – and then some. These are some of the most creative ways to use avocado, sweet potato, ginger, cinnamon, etc! All these recipes are just as filling as a normal dessert would be – but without the guilt. (Meaning, it’s okay to say yes to seconds and thirds!) 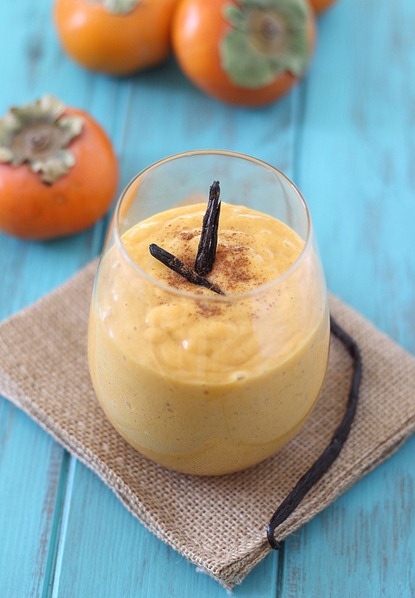 What’s your favorite smoothie recipe? How do you add more fruits and vegetables into your daily routine?

In case you’ve been under a rock and have seen all my Tweets or new Best Smoothie Pinterest Board and these 17 Protein Packed Smoothie ideas.

Do you green smoothie?

Do you change up the ingredients with the seasons?