I’ve already said I’m not a fan of race reports, so mostly I’ll keep this short and sweet with some details for me to have as a record for later.

A. HOLY SHIT.
That’s mostly all I could think as I crossed the finish line. Pardon the language, but really I couldn’t form a thought any longer. After seeing I got 3rd in my age group, I was even more speechless. I know it’s a small race, but I’ll take it however it comes!!! 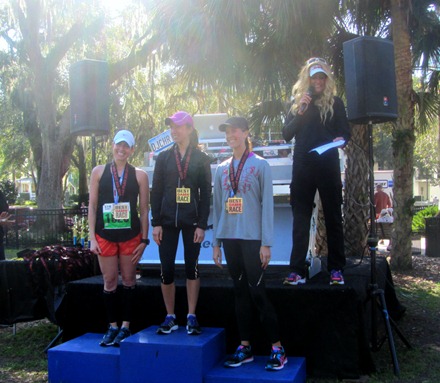 B. I ran David’s race that’s the only reason the PR was so big.
I planed running around 8:10-8:15, but he stayed with me through mile 9 so I just kept moving because it felt ok {not easy, but not like it would kill me}. After that I just thought well you’ve done it so far, don’t toss in the towel now! 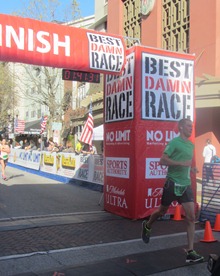 C. My knee was iffy all week long. I think that was my body’s way of forcing me to taper because I didn’t have an issue with anything on race day. 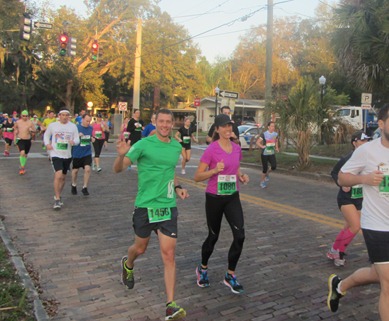 D. 4 Weeks ago we ran Best Damn Race Safety Harbor which was a great practice run and I put to practice all of the lessons from that race. It also means I had a recovery week and a taper week before this race, doing only LHR training and no speedwork.

E. I opted for compression pants to help my knee {physically and mentally}. I love my CW-X so much, but I think I need a new pair these have been around the block and don’t even have the reflective pieces left on them! 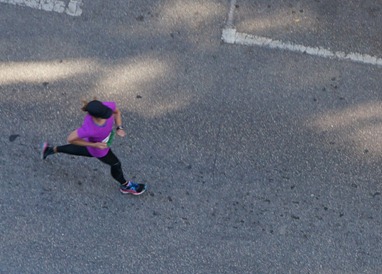 First year year for this race in Orlando which is why it was a small race {hey that worked to my 3rd place advantage!}. Quick overview: