After Sandy hit NYC, I couldn’t see how the race would go on…but after a few days they said loud and clear the race will happen.

It is my belief that if the mayor didn’t have enough information to know from the get go that the race needed to be cancelled, it seems ridiculous to assume that runners from thousands of miles away should have known.

We were told it would help the city and be a positive moment in the darkness. We believed this because that is what running does for us on a daily basis.

RUNNERS FIND REASONS
No one should be surprised when Central Park is teaming with runners Saturday and Sunday this weekend. It’s not a sign of disrespect, it’s simply who runners are.

We run to overcome grief.
We run to celebrate.
We run to relax.
We run in the rain, in the snow, in the heat.
We run run because it’s what helps us find normal and balance in a world that is neither.

We don’t find excuses not to run, we find reasons to run.
We create charity runs for a friend or a local in need.
We raise thousands through the miles for charities around the world.
We volunteer at races to make it possible for others to run.

The anger displayed towards the runners in this situation has been extremely disheartening to me. I have long stated that I love this website and my followers in social media because of the supportive community it creates. However yesterday it was anything but supportive…it was angry, malicious and mean. 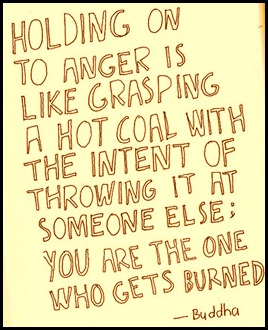 FREEDOM TO FEEL SAD
Is the cancellation of the marathon comparable to someone losing their home? No. Not one single runner believes that it is. But just as one day you complain about a hang nail and another about a broken arm, your perspective of a bad day is relative to where you are in that moment.

When the cancellation was announced it became immediately clear that runners had better not say they were sad or disheartened about a change in the future they envisioned. Instead there were immediate messages of “good go volunteer”, “donate your room”, etc. I don’t think any of these are bad ideas but everyone is allowed a moment to be sad when something negative happens in their lives.

CENTRAL PARK
And that is why this morning I put on my shoes and I ran. I ran with thousands of others through Central Park. Many in their orange marathon shirts, some alone, some in groups, some locals, some from around the world. But we did what we do together as a community…we ran.

I saw a number of wheel chair athletes with their bibs on this morning. Having read many of their stories, I think it’s a true sign that running is what helps many of us overcome the curveballs life throws and THAT is why we still showed up. So I hope this will help shed some light on the “how could runners show up for this” and explain that it’s not because we don’t care, it’s because running means something to us and it is in many ways HOW we show we care.

Now I’m headed down to the front desk to see about setting up a box to collect clothing donations. I figure all of us who made the trek had a few things in our bags we planned to leave a the start line, so we can still share those.

Gratitude Journal
Nov 3
I am grateful to be here and safe and with someone I love. My thoughts and prayers are with those still struggling to overcome what Sandy has done. I hope the race cancellation truly benefits them through man power or supplies.