As I mentioned when my parents visited, I am going to start sharing more about travels and such because I now realize how much I think I’ll remember that I don’t! These experiences are way too awesome to let the memories just vanish without a moment of reflection.

Part 1 of the General Mills fun — Love hearing all your cereal stories!

During our tour of the General Mills headquarters we were all impressed with the on site services: Drs, daycare, fitness center (Total Fitness <<haha get it?!), incredible grounds with a garden, a grocery store, Caribou Coffee and that’s just a piece of the fun stuff. I’m pretty sure if they had handed out applications after that we all might have completed one.

ALL ABOUT THE FOOD
But the area that stole the spotlight was a fully equipped kitchen with beautiful natural light, all the tools a cook could ever imagine having, chefs {why didn’t my kitchen come equipped with one?!} and of course food props galore!

Aptly named the Betty Crocker test kitchen it’s not only amazing, but a place where you can watch what’s going on and of course if you work there HOVER so you know when free food is available! 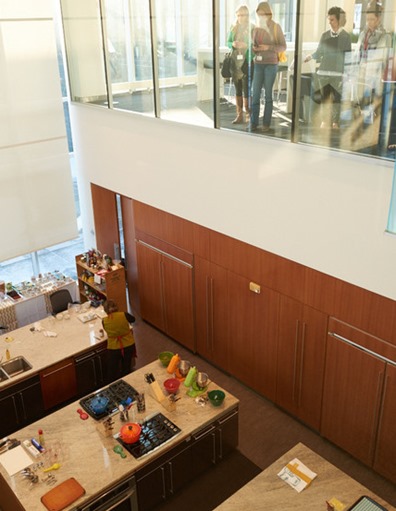 Of course their kitchen is used for all kinds of things like food testing and recipe creation. Which means they have not one or two areas, but TONS that are set up in all the different ways someone might cook at home.This allows them to really test out how easy a recipe is to make. {which this non-chef appreciates}. 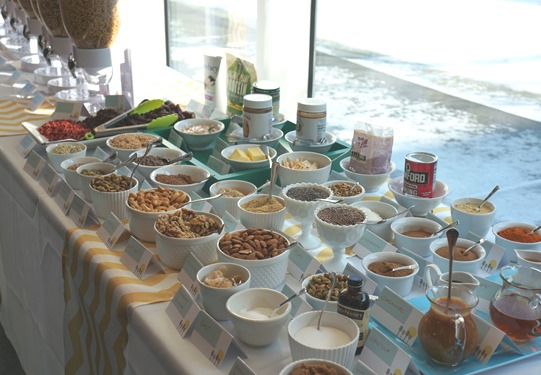 If only someone could always set out all the ingredients for me and of course give me a prop room larger than our condo to then make the final dish look even better. Can I sign up for that?! 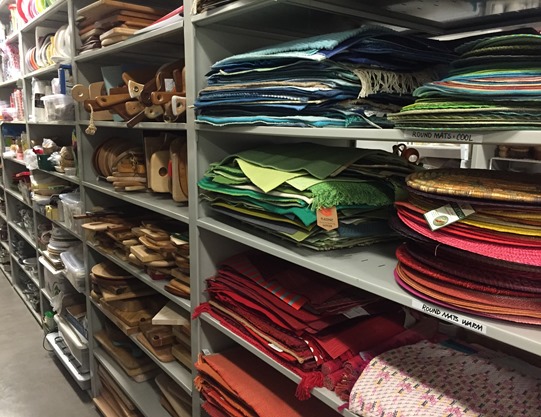 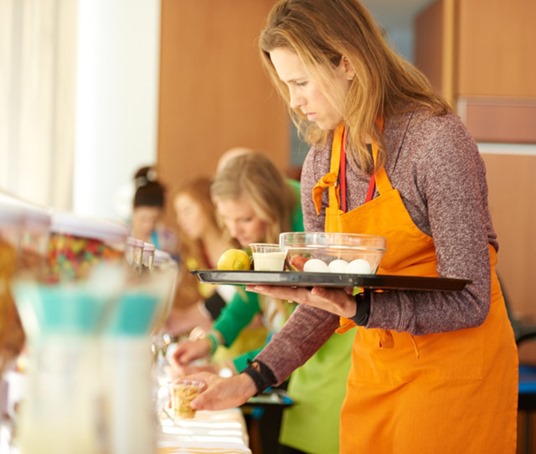 Luckily we were allowed into the kitchen to create our own recipes! I think it was a reminder to me that cooking can be a ton of fun and that I can’t wait to move out of our condo where the kitchen is so dark I don’t want to spend much time there.

RECIPE CREATION
My mind went utterly blank looking at the huge array of food options and I was mostly thinking “can I just have another bowl of cereal?” {Look at that serious expression, it’s called fear!} 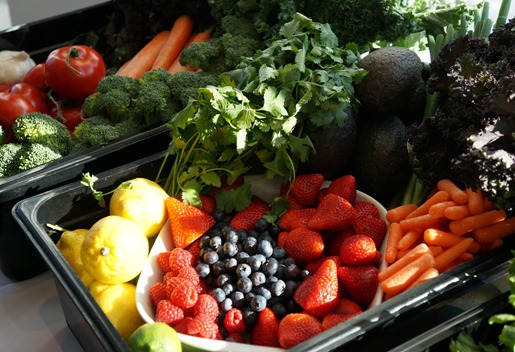 But then the veggies leaped out at me and I knew what needed to be done! As I have said about a million times now, I cook, I don’t bake. So of course the veggie queen had to think of a way to combine all of my favorite things in one recipe! 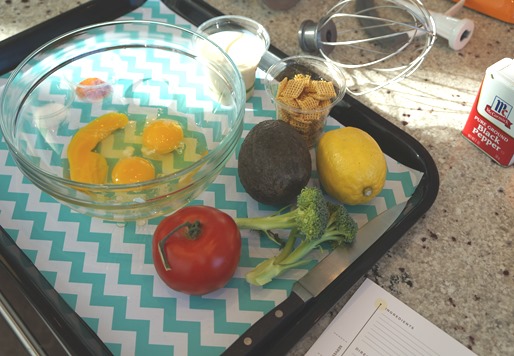 I’ll be sharing the recipe soon!

But you should head over to Janae’s to checkout her recipe as it was really tasty {can’t go wrong with balls} and I couldn’t stop laughing listening to her working behind me. 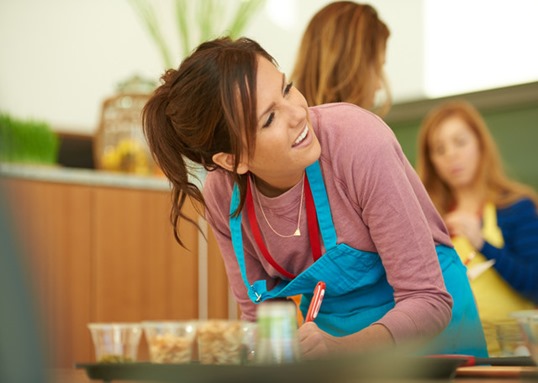 Checkout the final creations that we all came up with and then yes stood around shoveling down as though we hadn’t just been eating cereal all morning. I love hanging out with distance runners, it makes me feel like I don’t eat that much! 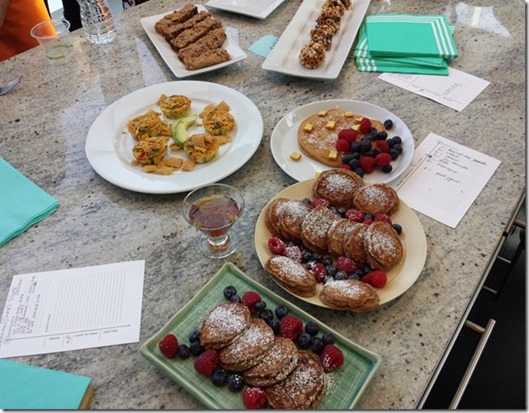 Monica also shared her cinnamon chex pancakes recipe, so check it out! Gina made a super food bar, Julie did an amazing raw fruit pie and Tina did a cinnamon toast cereal pancake.

Mostly I need to say thank you to the chefs who helped give me ideas for plating up the final dish and some ideas to help make something different than I would have! Time to break out of my shell and do some new things, be on the look out!!!

Do you ever have kitchen envy? (seriously a yellow Kitchen Aid mixer is so cute!)

Are you creative in the kitchen?

AVOID HITTING THE WALL (save this and review befor

HIT THOSE HIPS!!! I’ve given you a couple hip mo

RUN DAYS ARE THE BEST DAYS😊 I had training tips

EMOJI POLL: Round or no? ⏰ give me whole numbers