Home » injury » Could your pain be all in your head?

Could your pain be all in your head?

We’ve attributed them to over training and “taper madness” for years, but we still believe something physically must be wrong.

This post is going to piss off some a lot of runners.

Your pain is all in your head.

Back up, reverse, start from the beginning:
5 years ago I had IT Band pain that sidelined me for months.

It no longer even made sense, as I wasn’t running, I’d done all the PT and more importantly…it hurt when I was just sitting still. The only kind of injury that should hurt when you aren’t doing anything is pretty major, not a strained muscle.

At this point, I did what many runners do…I investigated every available avenue from acupuncture to massage to 52 hail Mary’s to beet juice and well finally to a new way of thinking.

Namely an idea {not new, but not widely held} presented by Dr. John Sarno: my pain was in my head.

Well not totally, the pain was absolutely real, but the cause was my brain not my body.

“The mind is able to activate the physical conditions.
The motions and their physical expressions tell us how the mind is acting
and reacting in a situation it interprets as favorable or unfavorable.”
– Alfred Adler 1902

MIND BODY PAIN EXAMPLES
Stick with me here, I know your first thought is “she’s lost her marbles”. Yet we have all heard about the mind body connection; it just wasn’t described so succinctly and usually not related to our running. 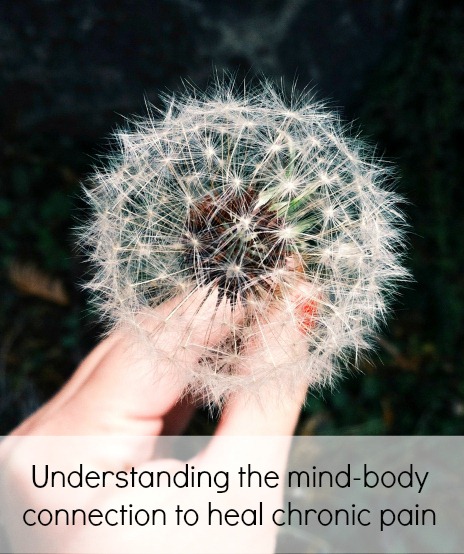 A few emotional pain examples we’re all familiar with:

None of these would be resolved by taking medicine, you have to resolve the emotional issue. Sarno argues that many of our recurring injuries are caused by the same mechanism: tension. Which is why doctors can find no specific physical cause or point out a cause that doesn’t make sense.

“Americans are a nation of doers and workers.
We take life seriously and responsibly.
As our lives become more complex, we generate more and more tension.” 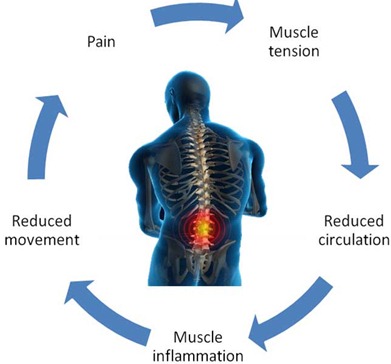 Now your brain is entirely focused on your pain rather than on your emotions.

How I came to believe all of this…my Injury History
2002 – Start running by training for a half marathon
2005 – Run first marathon
2007 – First major injury: IT band Syndrome which restricted running for a few months, required PT …all occurred while suddenly leaping my pace to hit a BQ goal I wasn’t ready for
2009 – Second major injury: Dislocated knee cap (runner’s knee) — occurred a few months after the stressful wedding

Otherwise the last 12 years have included little bouts of twinges and aches, but nothing that truly sidelined me and I now credit much of that to what I learned during the 2009 injury. At that point my IT Band still frequently hurt, but never enough not to run…but that injury felt never ending until I read Dr Sarno’s book and was literally running again a week later.

His newer books have also helped me to see that much of my digestive issues were probably caused by such repressed emotions and in working through that recently I’ve noticed my stomach feeling much better.

Tension myositis syndrome is the brain utilizing pain as a distraction from your true emotions.

The primary repressed emotion is anger.

Are you like me and thinking “um no..I’m not an angry person”?!  I kept reading and started to see anger wasn’t exactly what I imagined…it wasn’t the road rage driver or someone who unleashes a verbal assault on an unsuspecting cashier for missing a coupon. 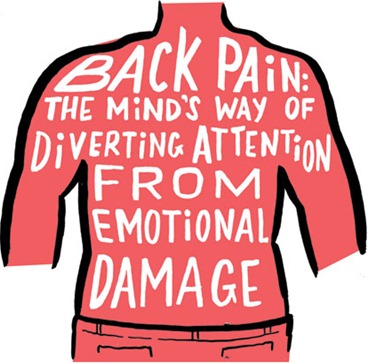 How to Overcome Pain Mentally

First to be absolutely 100% clear, the physical pain is real. Not made up…but treating the symptoms will never resolve a pain caused by the brain trying to repress emotions. Or maybe your knee stops hurting, but suddenly it’s your foot then your foot is fine and your digestion is horrible.

Athlete examples are available throughout his books, but here is one to illustrate the point:

Aaron, an Olympic athlete, contacted me is desperation to explore whether his chronic hip and leg pain could be due to TMS. Despite seeing a multitude of physicians…and religiously following their treatment protocols, he could not run without significant discomfort.

During the consultation, he revealed his perfectionist qualities….also able to tick off a whole host of life stressors…

He was soon back to running without pain {after understanding TMS was the cause}.

Resources:
Following are the various books Dr John Sarno has written on the subject. The most recent book The Divided Mind contains results from numerous doctors around the world in various fields that have found TMS to cure their patients from sports injuries to digestive issues to depression.

The Divided Mind: The Epidemic of Mindbody Disorders
Mind Over Back Pain {his first book on the topic in 1986}
Healing Back Pain: The Mind Body Connection {the first book I read}
Louise Hay – Unlike his scientific approach she approaches mind body simply based on experience and intuition

What do you think about the mind body connection?

Have you ever read any of his books?

16 Tahini Recipes – Giving Your Nut Butter Life Variety
Next Post: Why We Need to Eat a Big Breakfast and Can it Be Cake?