Some lessons you need to learn through experience and this weekend, I learned what it really means to be an Ironman. Spectating this event in person was so much more intense than watching the video recap they do on TV. That provides emotion, but this was emotion with sweat on it. :) As with endurance running, this sport is about so much more than the hours spent training; to be in Kona you are already a champion. 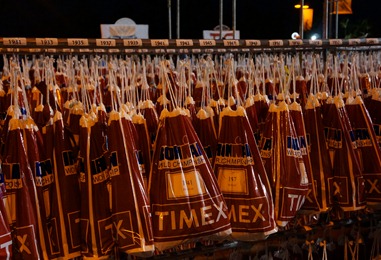 The majority of the field qualified for this even by winning their age group at a 2013 Ironman event. A select few are there with charities and a few more like Hines Ward or the local 18 year old are there as amazing stories…but most of them have already completed at least 2 Ironman races prior to qualifying and then beginning to train for the grueling weather conditions in Kona. 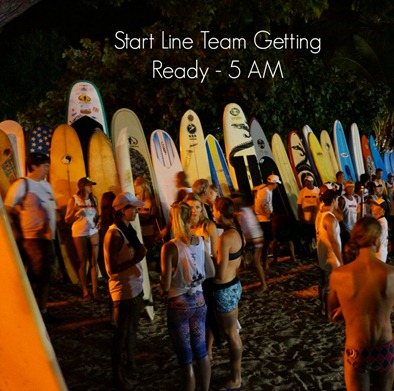 We settled in on the pier before the sunrise to ensure we could cheer on the elites and age groups at the swim start. It was amazing to watch the water right below my feet fill with swimmers who had to tread water for 20-30 minutes before even beginning the 2.4 mile swim!! The water is filled with paddle boarders who form the start line by continuously moving and keeping everyone in line until the cannon sounds. 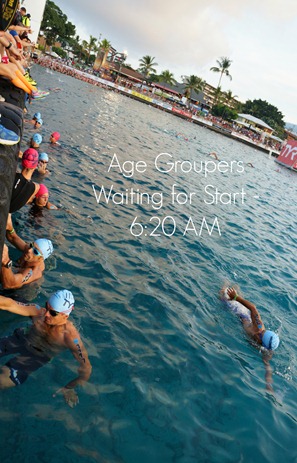 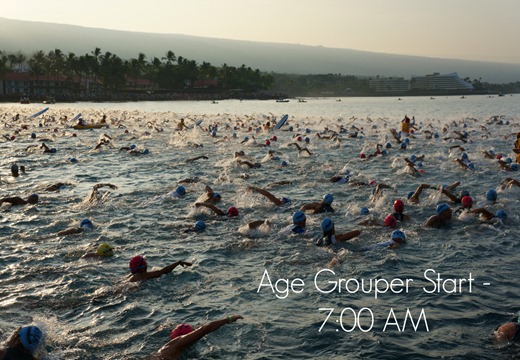 After coming out of the water there is a long transition area, where you could see the elite women jockeying for position as they ran to change! No rest for the weary. While most of us would be ready for a meal {aren’t you always hungry after the pool?!} they are heading out for 112 miles on the bike. 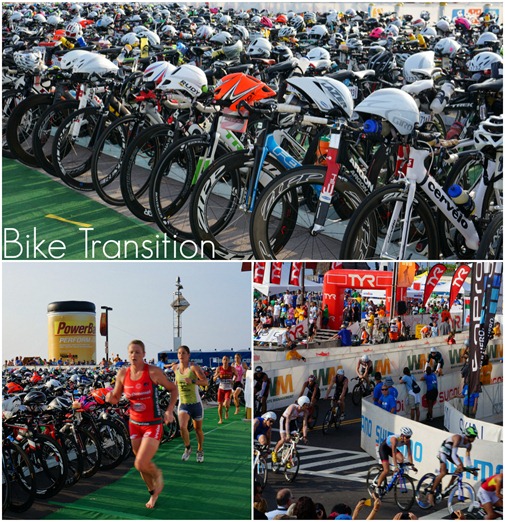 But this isn’t a jaunt through the countryside it’s in to the lava fields…imagine the heat you feel radiating off of the blacktop during your summer runs…now imagine that you are surrounded by this heat as the sun beats down on you. There is no shade, no music, no pretty ocean, just hours upon hours of pedaling. 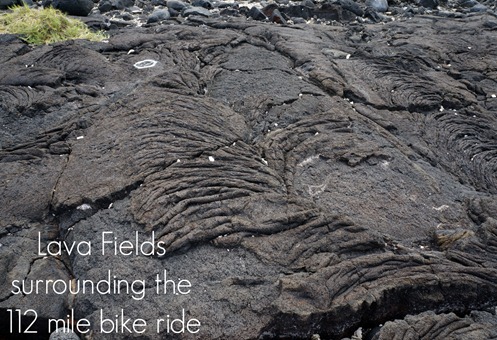 Are you beginning to see how this is about more than just the physical? Many runners won’t even head out for 5 miles without their iPod and these athletes are hitting the bike for over 5 hours with nothing but their minds. Of course the runner in me sees all of this as just the warm up to a 26.2 mile run.
After buzzing in to the final transition, it’s time to try and get their legs moving in a whole new way. Swapping shoes, grabbing more sunscreen and dashing out because all of those minutes count when you are racing each other and the cutoff clock. 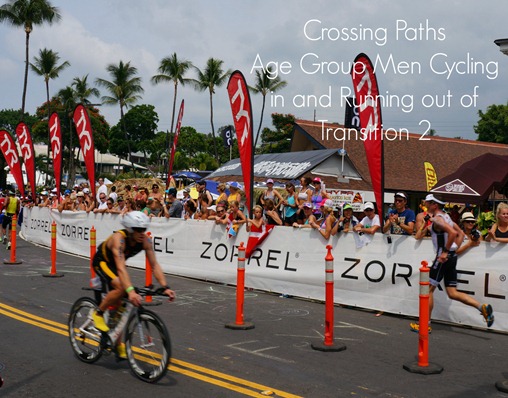 This years winner Mirinda Carafe beat the course record previously held by Chrissie Wellington and beat the men’s marathon finishing time for the first time in history!!! She credits the high level of competition from women like Rachel Joyce for pushing her past the limits she would have set for herself. 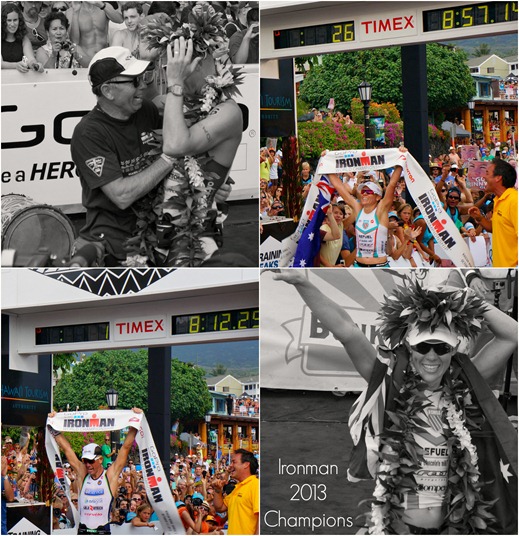 Kona locales and visitors fill the streets around the transition and finish line all day long. That’s right 17 hours of non-stop cheering to bring these athletes full circle. It is not only the fans, but the amazing team of Mike Reilly and his son that keep the party going, the energy high and the reward sweet for finishers.Possibly one of the only races on Earth where the final finishers receive cheers as big as the winners. This year it was even raining for the last 4+ hours at the finish line, but no one budged an inch. The Ironman announcing team does a great job of keeping the crowd excited and well really who is going to complain while thinking of those who have been out there racing for 12 to 17 hours?! 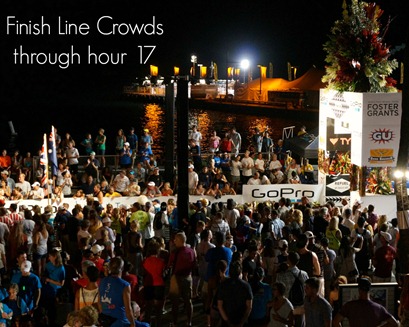 Another amazing thing about endurance events is the winners come back out to place medals around the necks of some of the very last finishers. They could be resting, eating, drinking, sleeping, having their first cupcake in a year…but instead they are at the finish

Coming next the stories…the almost finishers…the long time competitors and all those moments that make us connect with these amazing athletes on another level.
——————————————————-
Gratitude Journal

Oct 16
I am grateful for the spectators who made this day special for all of the athletes.
All photos taken with my Sony NEX.

Timex Sports Behind the Ironman Journey
Next Post: The Story of an Original Ironman