From NFL to Ironman: Hines Ward

Can you imagine going out for your first run and doing a run/walk for just 20 minutes…knowing that you are already signed up for the Ironman World Championship race in Kona, Hawaii??Welcome to ex-NFL star Hines Ward world in February of this year! 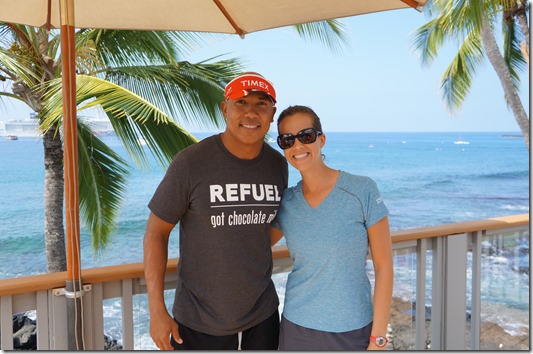 Obviously he has an amazing athletic background with 14 years of NFL behind him, but the NFL requires explosive speed and power…endurance training was a whole new world for him. He recognized that being given a chance to {via Become One team with Chocolate Milk} to run on the same course in Kona as world class athletes was the opportunity of lifetime and dove in…or waded in ready to take on the challenge.

I share this because I think it’s important to know that we all start at the same place!!! Square one with no idea how things are going to turn out. You just show up every day and do the work. There are no guarantees that race day will go well or that training will even go well. You just keep showing up.

Now that Hines is also working full time doing broadcasting and traveling, I wanted to hear how this was going for him because this is the life of the everyday athlete! Most Ironmen/women are not full time athletes, they are putting in the hours before the kids get up and collecting babysitters in every way they canto get in super long training sessions. 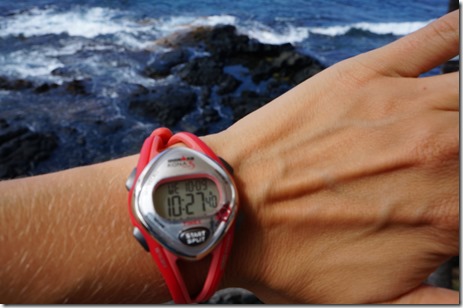 Hine’s said his biggest issue was having no time left for his relationship. She couldn’t have agreed m ore! He also said it was really about figuring out the right schedule and then sticking to it. For Hines that meant early morning runs before catching a flight or evening swims after finishing interviews and then making all those flights his recovery time.

He also checks in with his Coach, former multiple Ironman champion Paula Newby-Fraser {eight world titles!!}, to keep him from pushing too hard and to learn what it means to pace and leave enough in the take for the next workout.

Good luck to Hines this weekend! Look for more of the video interview with him next week. I will be out there cheering for him and all of Team Timex!

Oct 10
I am grateful for people who remind us that we don’t start out as great at things, we have to put in the time.

Kona Lesson 1: Find Your Tribe
Next Post: Kona Lesson 2: Let it all hang out – Underpants Run