Are you ready for this…

I didn’t PR. WHEW now that we’ve gotten that out of the way, let’s talk about why this race was still an absolutely awesome day. 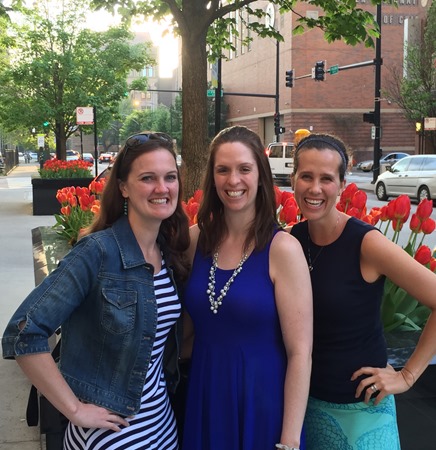 Really the reason I came to Chicago was these two ladies (friends since college!), the race was a nice bonus and finding out I might just be able to help Amy hit a PR by pacing her was the cherry on top.

I’ve said before that I love the folks who manage the 13.1 series (I met them while living in MIami)  well it’s now managed by Lifetime Fitness and I did notice a few changes all of which I think make it even better.

13.1 CHICAGO OVERVIEW
If you are considering this race, here is my standard pro and con list! Hopefully it will give you a feel for the race and you can decide if it makes the cut for your race calendar! 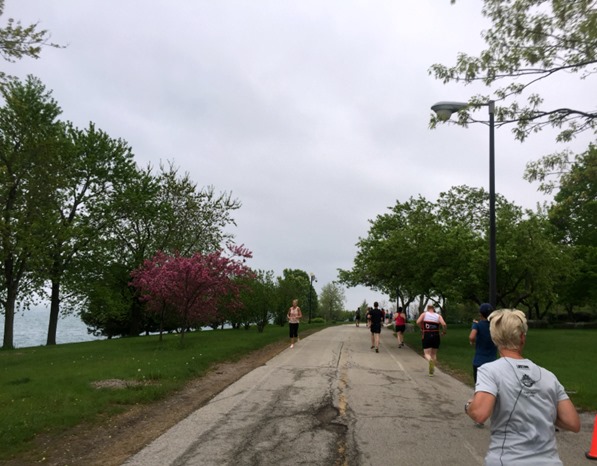 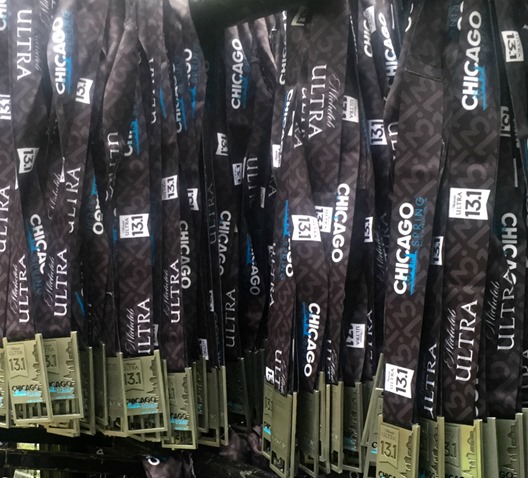 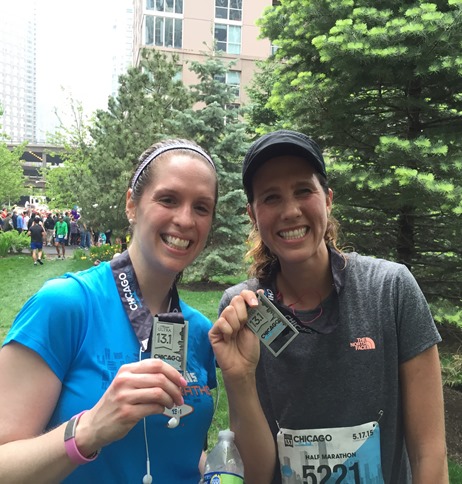 My HR was a little higher than I would have liked at this pace, but still a really solid training day and not such a hard push that I can’t keep doing with speed training the next few weeks and may…just maybe go for a PR in June. That is 100% weather dependent.

Quick run down!
Our biggest concern all week had been the weather, which kept calling for storms.

The storms held off, but the humidity was high and for the Chicago dwellers the 70 degree temp by mid-race was warm. In fact, I probably would have only pushed my PR attempt if it was about 20 degrees cooler.

We started off and I was just enjoying the scenary, I doubt it would ever get old to have the Chicago Lakefront path as your backyard.

My first not awful run selfie!! I was channeling my inner Dani who always does this in races. I managed one and couldn’t do any more! 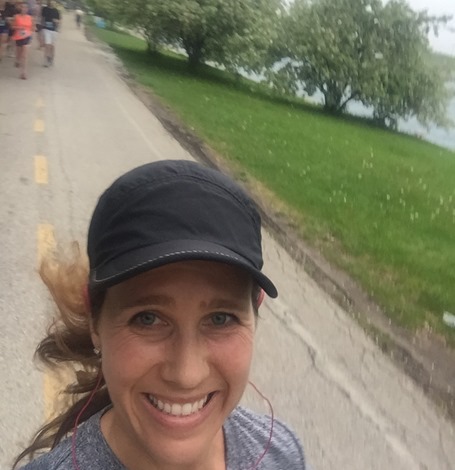 The path has a few more hills than I expected and once again made me wish I had more for training, but mostly I was just taking in the views while listening to everything around me.

Race day is the only time I usually play music for an entire run, but my iPod was low and I figured it was far more important to have it for the finish than the start!

As we made the turn around and started heading back, we both noted our faces starting to feel really warm with the lack of wind and yes, thank you humidity (why does if follow me?!). 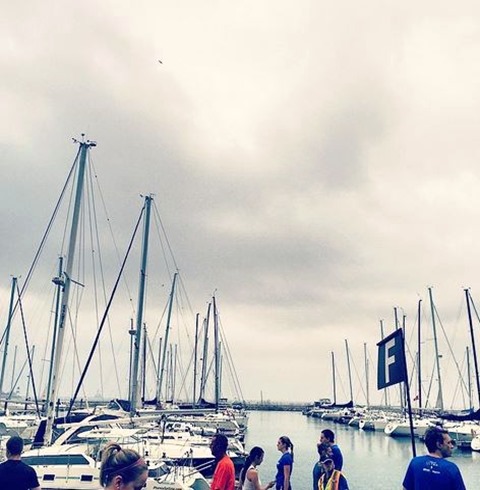 The breeze had died and I knew if it stayed like that we might slow, but then we rounded a corner at mile 10 and suddenly with the water the temperature dropped 10 degrees and it was like getting a fresh set of legs!!!

Amy started to note her’s were feeling like jelly…so without being obnoxious, but knowing her PR was so close I just celebrated the milestones and then started playing my favorite game…”CATCH THAT GUY”.

I’ve realized if I focus just on the clock in the final miles, I will also focus on everything feeling hard, but if I pick out someone a little way ahead and make my goal to catch them then it gives me a short term goal, focus and drive. 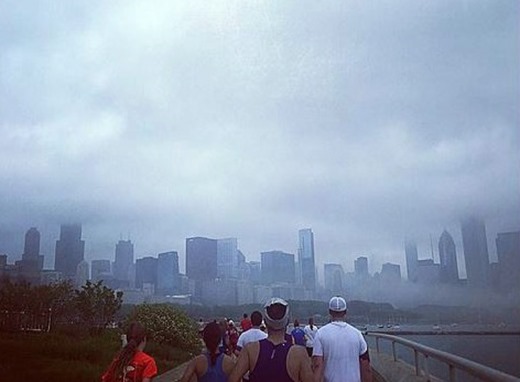 So we did…we caught him right as we entered the list .5 of the race, which is the only bizarre part of the race. You turn off the path suddenly, run through a parking garage, through a hole in a chain-link fence, over some speed bumps and out of the garage where you need to be aware you are leaping off the curb and turning immediately left to hit the finish line.

Overall we held a really consistent pace right between 9:00-9:10 for every mile, which is definitely the best way to do it! It felt like a fabulous training day for me, no knee pain, and thus far I feel great the next morning…wishing I had time for a  run before the airport actually!

THE NITTY GRITTY
I’ve started reporting on these to answer some questions and yes so I can remember later! 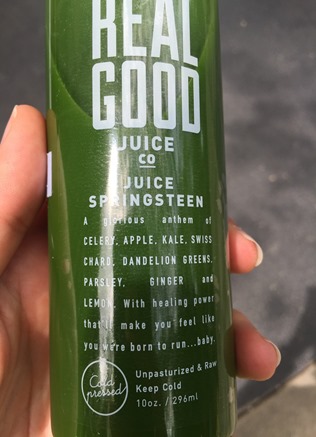 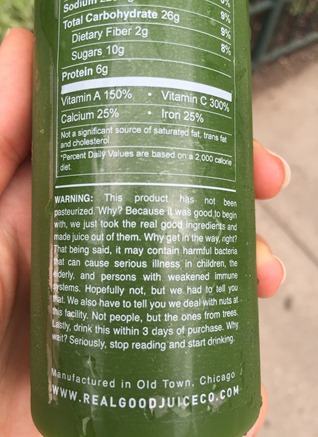 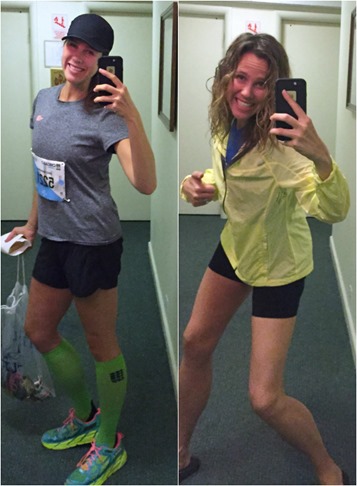 Post- Race: We call this the thank god for a hot shower look and fun Champion jacket. 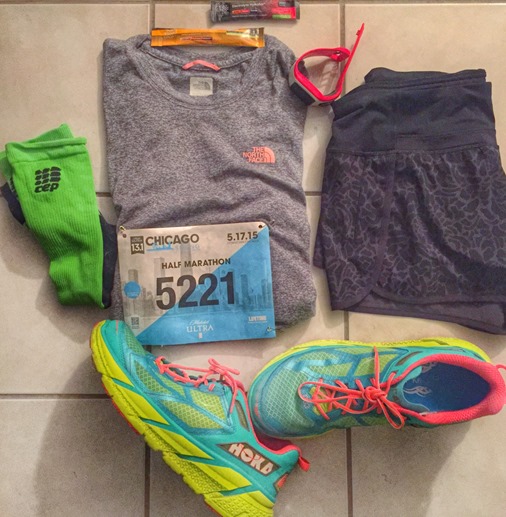 I think practice races are hugely important and enjoying race day is important and I love that this weekend turned in to both. I was originally really excited to attempt a PR, but as many of you who follow on Instagram know the last month just made that unrealistic.

Anyone else have races this summer?

Have you ever raced in Chicago? (If so, favorite one?)