David declared he was “one and done” at the finish line. I however have other plans for him, as in working with me so we can both hit a great PR when the weather cools down this winter. I’m pretty sure he’ll be excited about attempting this as well because who doesn’t want to cross the finish line with a shiny new PR while holding the hand of the one they love?!

SHORT STORY
David finished his first ever half marathon in the crazy heat after weeks of being on the road in 1:47! I bow down to his aweseomeness and truly could not be more proud. He followed the training advice I provided, he had the determination and he handles the heat like no bodies business…I’m wondering if he has sweat glands?! 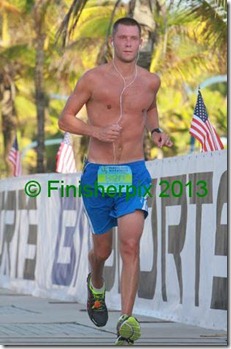 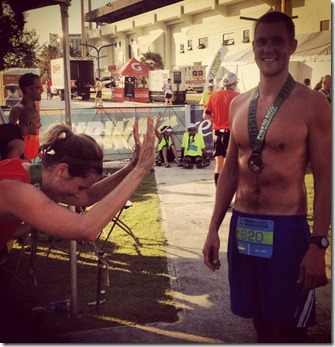 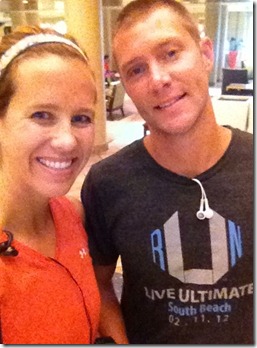 EXPO
The expo as expected for a first year race was small. They did however have some great shirts which sold like hotcakes, so kudos to them on the designs! Additionally there were 5 speakers on Saturday, including myself, who took the stage for roughly 30 minutes to cover different topics like hitting the wall, nutrition and having your best race. 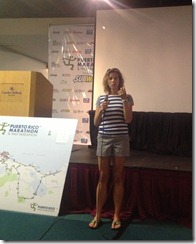 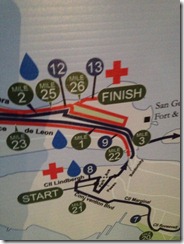 Great volunteers at the Expo helping everyone with packets and questions. Don’t worry about not speaking Spanish, that is not an issue for this race. They do a great job of announcing everything in both English and Spanish. They had one hiccup with running out of pins for bibs, but brought some to the start line so that was resolved!

THE RACE
The course had some great scenic parts and some less than wonderful parts. 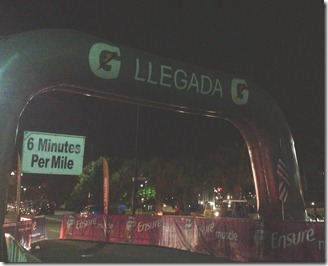 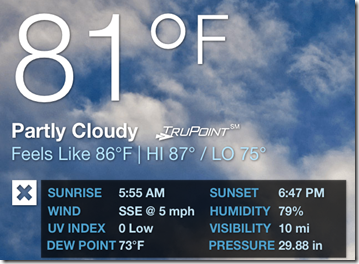 Love the Spanish start line sign, did NOT love the temperature combined with the humidity.

START: 5:00 AM start time for the race accounts for it starting to get light out by mile 3. Unfortunately the first couple of miles had a number of areas where there were no street lights. I would recommend bringing a head lamp, though I think this is something they will likely resolve for next year.

They had Gatorade pre-fuel available, porta-potties and restrooms inside the Casino next to the convention center. I was able to go to the bathroom twice with no issues waiting in line. Impressive.

COURSE: After the dark patches the course was overall pretty good. Here are the highlights: 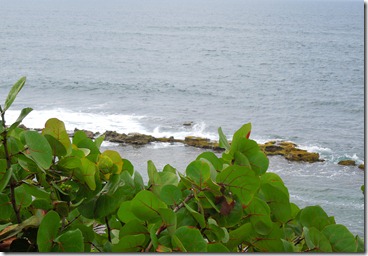 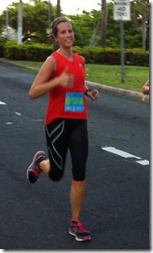 FINISH LINE: There was plenty of everything when we finished, but when Laura came buzzing in at the end of the full marathon there weren’t many spectators left at the finish and a lot of the food was gone. However with a finishing temperature around 90degrees, not much beyond a drink was going to hold much interest for most finishers. 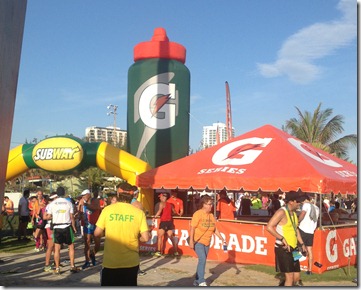 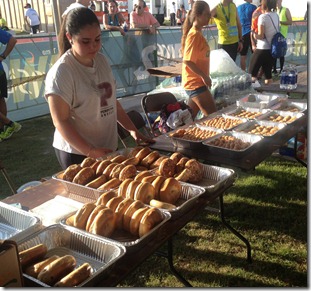 I really like the finisher’s shirt, but they only went down to a small so I probably won’t wear it a ton. The medal is also great! I’m not usually a huge bling seeker, but if you are the Puerto Rico Marathon needs to be on your list!

OVERALL: Puerto Rico is surprisingly cheap to get to and the hotels are really reasonable making this a great destination race. The downside is obviously the heat, so come prepared to enjoy the race rather than hit a PR in PR…ha! I am so clever sometimes. 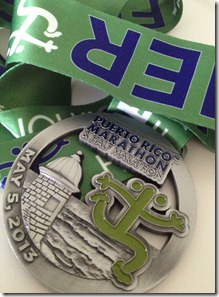 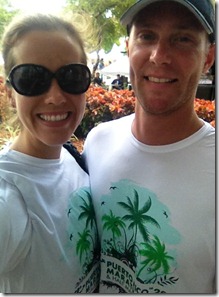 LONG STORY
I trained with David to easily hit a 1:47, we both were secretly hoping for 1:45. Unfortunately I knew it wasn’t my day from mile 1 because my breathing was simply too hard for the beginning of a race. However, I dialed in to around an 8:15 based on our original plan and held that with David through about mile 7.

Suddenly I could tell he had a crazy energy spurt and was ready to push himself. He started to pull away and I made sure he knew that was ok with me, while in the back of my mind I was freaking out that he might crash and burn later. He did find that suddenly at mile 10 he had to slow it back down quite a bit because well he had 3 more miles to go. A 1:45 should be no problem for him next time.

After he pulled away, I started to evaluate how I was feeling and decided that since it would not be PR day I was going to slowly back down the pace and go for plan B. I moved off of the 8:15 pace to 8:45 until mile 10, where I knocked it further back to 9:30. This allowed me to get in a solid run with miles at pace and then recover so that I can work for my PR in June.

Gratitude Journal
May 9
I am grateful for a body that allows me to push and an ego that is growing enough to be ok with not always having my best day ever.